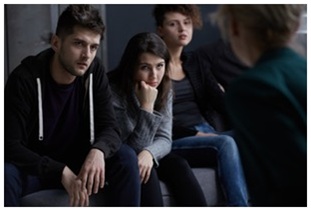 Inhalant or air duster abuse can be hard to detect because its effects are so short-lived.

Many people don’t realize there are substances virtually everywhere that can be abused, from paint thinner to keyboard air duster. There is also a smaller chance of being caught while intoxicated because the effects of inhalants are so brief. The ease of hiding inhalant abuse is a likely reason why teenagers commonly abuse these substances and end up developing huffing addiction.

Some common signs of inhalant abuse include:

According to the Diagnostic and Statistical Manual of Mental Disorders (DSM), all inhalants have a potential for dependence; so, yes, it is possible to develop an air duster addiction. While relatively uncommon, people can develop an addiction to inhalants.

Inhalants, like other addictive substances, have a substantial effect on the brain reward system.

Repeated abuse of inhalants can rewire the brain for addiction. Most cases of abuse occur in the teenage demographic and are usually discontinued as users get older; in some cases, teens who abuse inhalants may experiment with other, more dangerous drugs. This is due to inhalants being very dangerous, causing long-term permanent effects, high potential of abuse, or falling an injuring oneself, especially in a blackout. Inhalants are just as, if not more, dangerous as many other drugs; they are just less commonly talked about. A teen with a history of inhalant abuse may be struggling with an underlying disorder and may need air duster abuse help.

The Dangers of Inhalants

The short-lived effects of inhalants may lead people to assume that these substances aren’t that dangerous incorrectly. Many individuals also feel inhalants aren’t that dangerous because they are not prescribed and are found around the house. However, inhalants are actually just as dangerous as many hard drugs, and in many cases, more dangerous. Inhalants can cause heart failure and respiratory distress, leading to a fatal overdose even with the first use.